What we eat is as central to who we are as the clothes we wear or our favorite books. But, there are many foods we’ve never gotten the chance to accumulate into our personalities due to the way modern agriculture prioritizes some crops over others.

Traditional crops were sidelined in favor of crops that were more efficient and high-yielding. The trade-off is that these more efficient crops are more sensitive to shifts in the climate.

As our climate changes, these traditional and underutilized crops will be the adaptable (and flavorful) answer to failing monoculture crops.

With Climate Cookery, Shreema Mehta wanted to create a line of foods that center around these delicious, climate-smart crops—starting with the mighty tamarind.

I chatted with Shreema to learn more about how she came to start Climate Cookery, the background on underutilized crops, and what the future holds for her business. 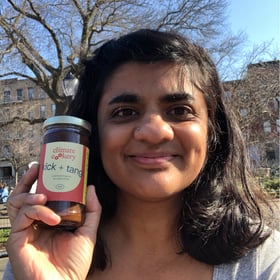 How would you describe Climate Cookery?

What about in just four words?

Was it your goal to start a business or did you have other plans?

I've always had a small dream in the back of my head to have my own business, but I took a long and meandering career path to get here! Last year, I finally felt ready to take the plunge. 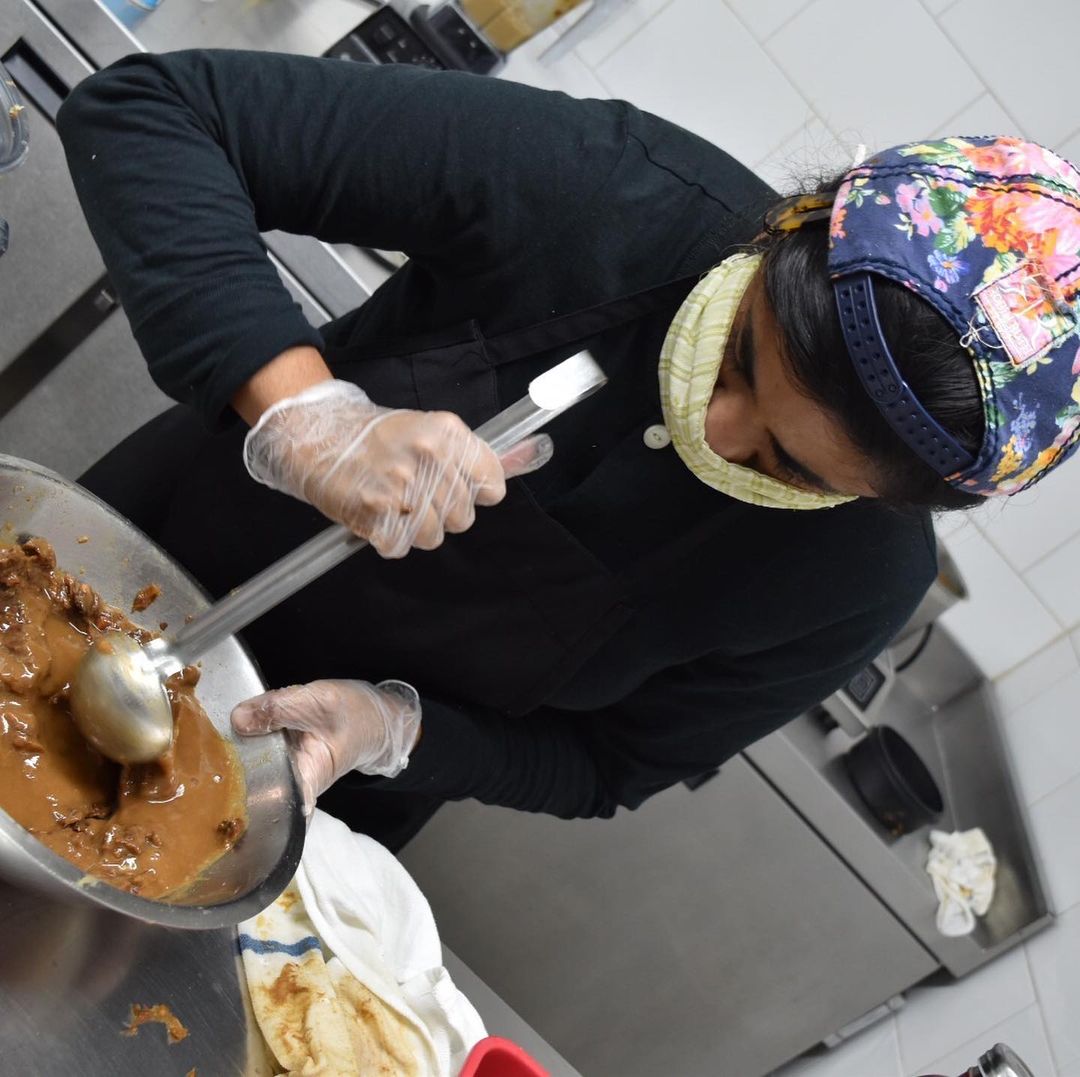 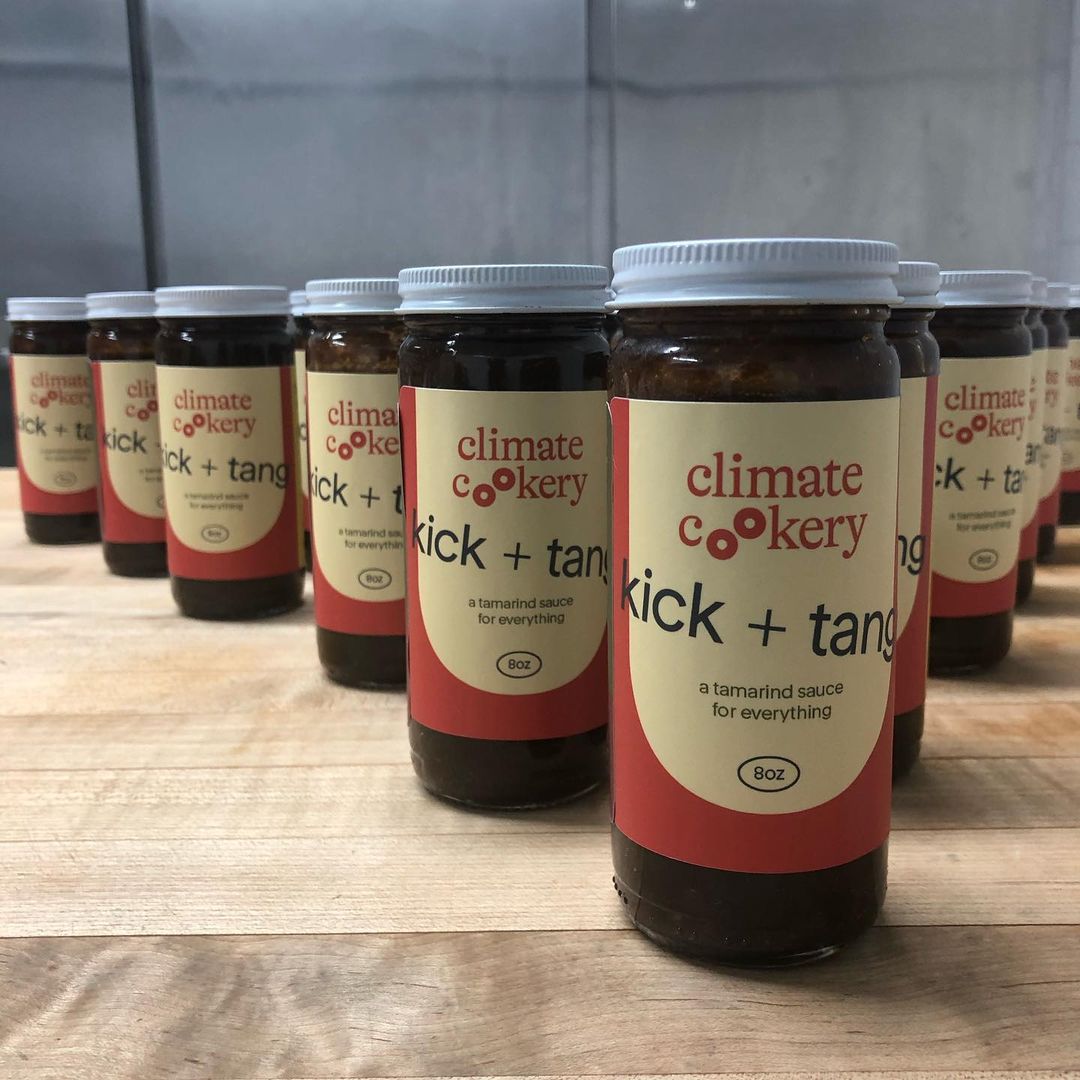 What were you doing before you started your business?

As a writer with a long-held passion to advance the environmental movement, I worked a wide range of jobs around sustainability and communications.

I worked for many years for several advocacy groups in Washington and studied environmental policy in graduate school.

That's where I had the opportunity to deeply explore how industrial agriculture has transformed our world for the worse—and where I first came across the term "underutilized crops," now at the heart of my business.

From my experiences in DC, I decided that for better or worse, meaningful change will come from the private sector—from businesses making day-to-day, on-the-ground changes (i.e., selling solar panels, converting to organic pasture, etc).

I then moved to New York and worked in the PR world for cleantech companies. Currently, I do freelance PR work while building my business.

Why tamarind sauce? What other products do you hope to develop?

The second reason—tamarind is a climate-resilient, under-invested crop with lots of potential. 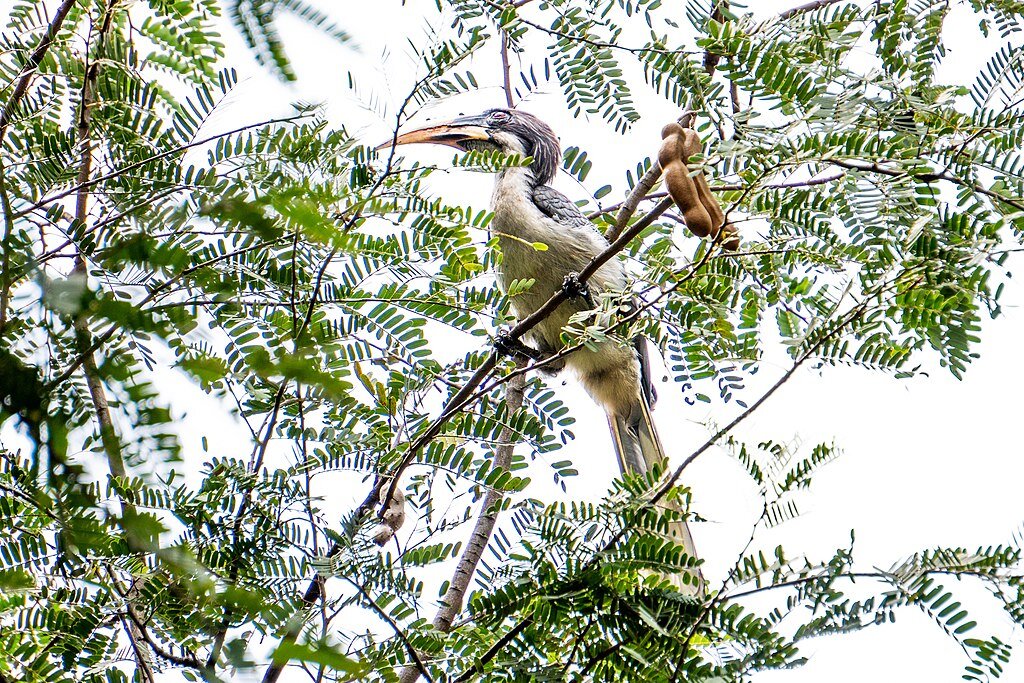 Like many other “underutilized” crops, it's a triple threat: nutritious, environmentally friendly, and a low-cost potential revenue for smallholder farmers in the Global South.

Since tamarind is widely used around the world, it made sense to feature this adored crop in my first product.

Tamarind is just one of hundreds of crops that are considered underutilized. My goal is to create even more modern foods from other such traditional crops.

Some ideas I'm playing around with: fennel pesto, java plum salsa, or millet flatbread. There are so many exciting possibilities!

Kick+Tang definitely has a kick, so my immediate goal is to create a milder version that's less hot but still flavorful.

Is there much competition for what you are selling? If so, how do you stand out?

Yes, there's tons of sauces out there, so lots of competition!

I think the primary way I stand out is with my social impact mission. Younger people, in particular, are not afraid to talk and think about climate change in their day-to-day lives, while lots of brands still are (though of course, that's changing).

Within the social impact world, I differentiate myself because I don't talk about restriction or substitution, but instead rediscovery.

Climate Cookery is not about restricting foods for the environment, it's about eating with joy and intelligence.

“Underutilized crops" are broadly defined as traditional crops (like “ancient grains”) that were once produced and eaten widely, but over the years have been forgotten by corporations, governments, and the public at large. 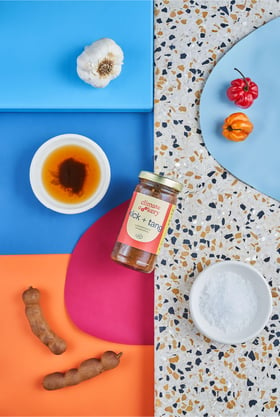 Why are they overlooked? There's lots of complex reasons: they might not be as productive as some commodity crops, for example, or they may be considered "poor people's food," which fall out of cultural favor.

Ironically, the features that make them associated with lower-income people—hardiness, drought tolerance, ability to thrive in marginal conditions—are the same traits we'll need in our foods to prepare for climate change!

Because underutilized crops are uniquely suited to thrive in the geographic area in which they are cultivated, they don’t require the huge quantities of water and fertilizer that today’s commodity crops demand.

They can also thrive in marginal areas that might not be suitable for conventional agriculture.

It’s for these reasons that despite the lack of research dollars, government attention, and consumer demand, small-scale farmers around the world continue to grow and benefit from these crops.

By reducing water use and land conversion, such crops can reduce the role agriculture plays in causing climate change.

By growing under harsh conditions, they can also help farmers adapt to climate change.

What are some promising underutilized crops?

Besides tamarind, the classic underutilized crops are grains, such as millet, amaranth, and barley. Grains in particular are important to invest in for their ability to feed people at scale.

Other crops include vegetables, like fennel, parsnip, and purslane, and fruits like mangosteen and jackfruit (which businesses are successfully promoting nowadays).

What are the issues with monoculture farming and how do we move away from it? 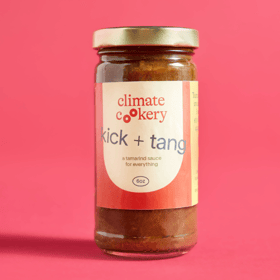 These techniques create amounts of a single crop that would amaze our ancestors.

But they're simply too efficient.

A relentless focus on a single crop makes these systems vulnerable to drought, disaster, and the many other unpredictabilities of climate change.

They also require enormous amounts of inputs (water, fertilizers) to make up for what's left behind as the system moves away from the natural order of things.

We spoke with White Buffalo Land Trust last year about their persimmon vinegar as well as regenerative agriculture. What do you think about these new approaches to agriculture?

I think these approaches are actually not so new.

Throughout history and into today, humans farmed in small-scale ways that maintained the health and biodiversity of the soil in which the crops were grown—even if these farmers didn't consciously think of their practices as improving the land.

Groups like White Buffalo Land Trust are playing a vital role in bringing back these methods of cultivation and educating people about their importance.

Climate Cookery's mission is to create demand for overlooked crops, that if grown at a larger scale, would help regenerate degraded land. 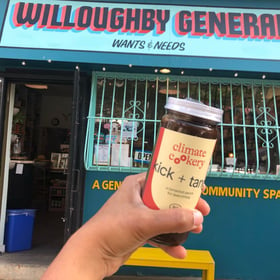 What are some of your absolute favorite small businesses?

I love supporting small businesses in my neighborhood—like Brooklyn Blend, a black-owned business that makes delicious sandwiches using turmeric bread, and Willoughby General, whose owner is dedicated to using her space to not only sell goods but also build community in our neighborhood.

What is your favorite thing to listen to when working?

When I'm reading or writing, I like the white noise of people in a cafe or outside my apartment.

While I'm cooking, I like listening to all the true crime and cult podcasts or music—mostly hip hop and pop.

What advice would you give someone just starting their small business? Anything you wish you would or would not have done along the way?

As someone who's also just starting their small business, I'm not sure I can deliver a lot of advice, beyond taking it one day at a time, one task at a time. 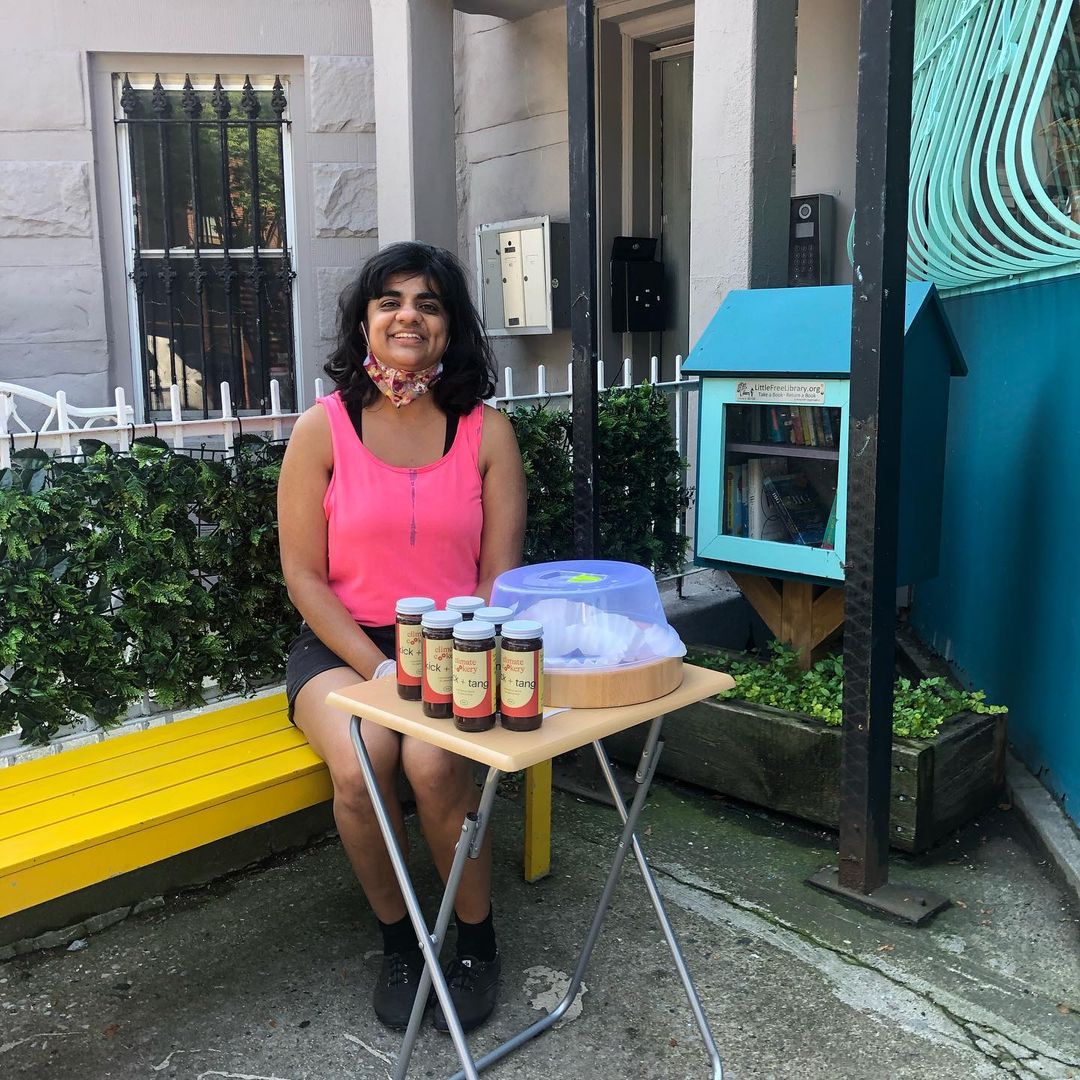 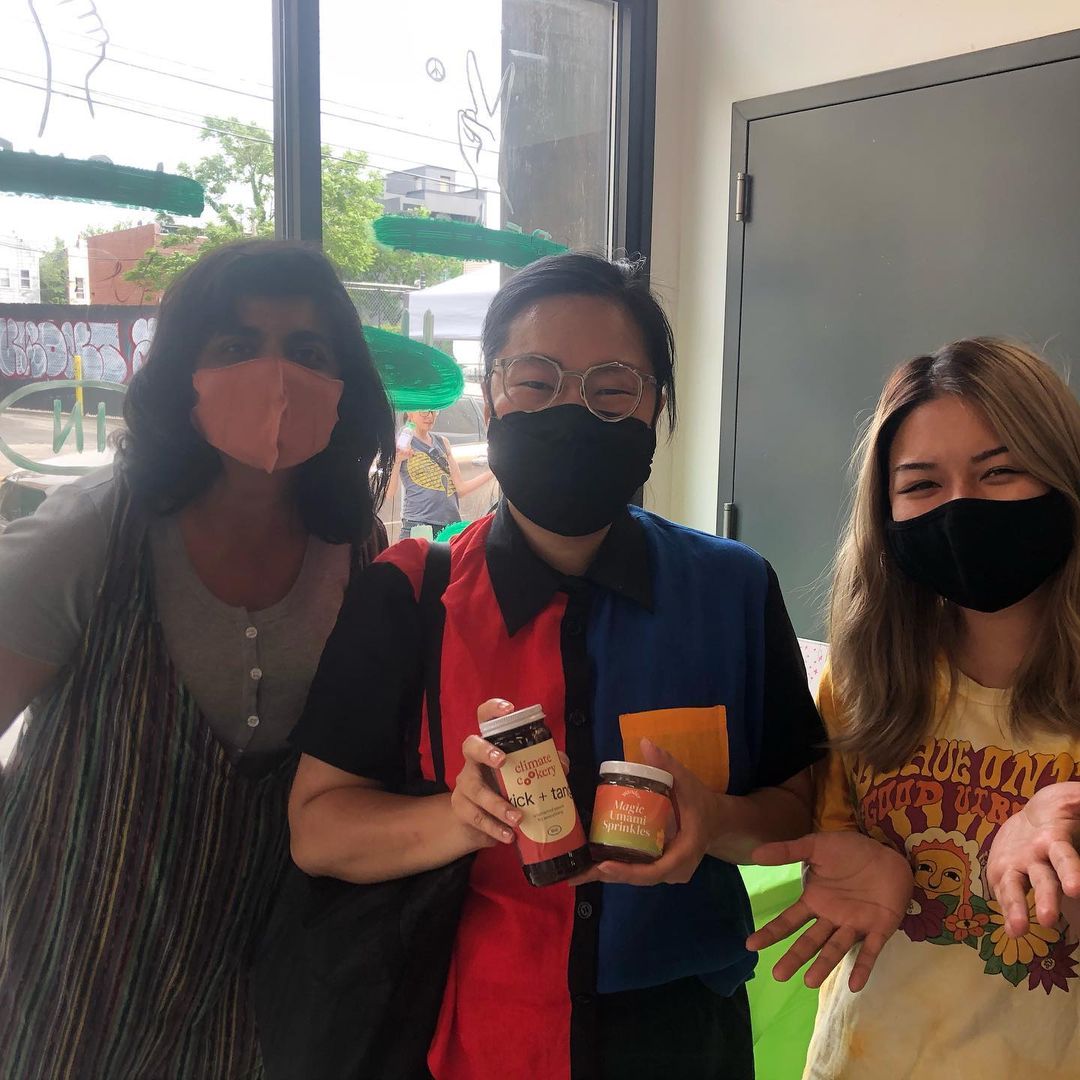 I sometimes get paralyzed by all of the things I have to do.

When that happens, I just pick a task and do it, and try not to think too much about strategy and projections, etc. Then if I'm up to it, I pick up a second task and do that. 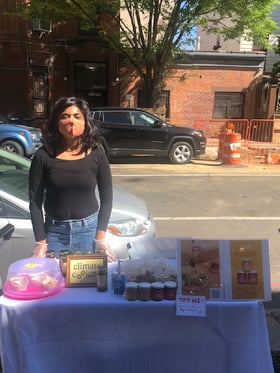 What does growth look like for your business? What do you hope to achieve with it in the next year?

My goals for the next year are to go national with my retail presence, develop a few more products featuring other crops, and in turn, a few direct supply chains to smallholder farmers in the Global South.

How did you find Sendle? How are you liking it?

It's important for me to try to build a business with a low environmental footprint, from the ground up, every step of the way.

I came across Sendle from a simple internet search for "carbon emissions shipping" or something similar.

I'm grateful for Sendle's expansion into the US because to my knowledge it's the only way I can offer carbon-neutral shipping to my customers!