The votes are in and nature wins: Our newest carbon offset projects

Every year, Sendlers get to have their say on what carbon offset projects we invest in to keep every shipment 100% carbon neutral.

This year, we had six amazing projects to choose from—three based in Australia and three based in the United States. Everyone got two votes, one for the US and one for Australia.

This project aims to reforest one million acres throughout the states of Louisiana, Mississippi, Arkansas, Tennessee, Kentucky, Missouri and Illinois.

Considered North America’s rainforest, this region is a vital habitat for migratory birds as well as numerous plant and animal species.

By excluding livestock and managing pests in these areas, this project uses Human-Induced Regeneration (HIR) method to restore forest cover that had been lost to grazing and invasive species.

For those of you who voted based on the representative animal in our quiz, the winners are the ever-talkative grey-crowned babbler and the muscled and majestic brown bear. 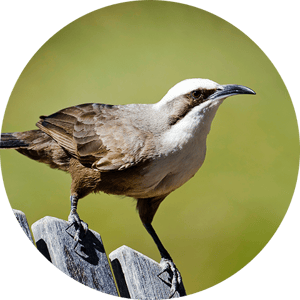 But really, every year’s winner is nature. And the amazing small business community that ships with Sendle.

It is because of these great projects that Sendle ships everything 100% carbon neutral in the US and Australia. And, we’re the first and only shipper to do it.

If you didn’t get a chance to vote this year (or if you happen not to be a Sendler just yet), you’ll have your chance next year!

Until then, happy Sendling!

In the business world, it’s important to operate sustainably in more than one sense of the word. Can your business continue to operate as it has been? And does your business ...
Read more
Packing & Shipping | 3 min read

Get minimal: reuse packaging and use as little as possible

We all know the mantra: reduce, reuse, recycle. But if we’re being honest, most of us recycle and call it a day. Reducing your use of packing materials and reusing what you ...
Read more
More stories