Guerrilla marketing is a style of promotion that is unconventional, unexpected, and (most excitingly) low cost when compared with traditional marketing. It’s just the thing to do when you’ve tired of the usual.

The term was first popularized by Jay Conrad Levinson’s aptly named book, Guerrilla Marketing (1984). It is renowned for being influential in informing contemporary marketing principles.

While marketing teams have always had to think creatively to convince their target audience to buy their product, this new type of marketing opened up all sorts of possibilities without doing much damage to the marketing budget. 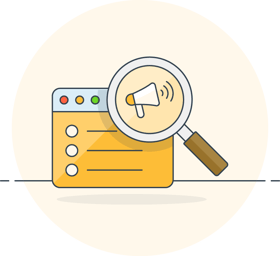 Guerrilla marketing seeks to engage directly with target customers, eliciting an emotional response and driving maximum exposure for a product or service.

When you consider this and the fact that traditional marketing can be comparatively expensive, you can see why guerrilla marketing carries such appeal.

Traditional marketing has lost its ability to surprise and can be easily ignored by a public constantly bombarded by ads. The novelty of various guerrilla marketing ideas re-engages with consumers and can help push them to your brand.

Guerrilla marketing is varied and ranges in scale (from small to large) with the potential for greater risk and controversy.

Ambush marketing capitalizes on the attention of a captive audience, often at a pre-planned, large-scale event.

These pre-planned and mass-scale events offer guerrilla marketers a unique opportunity: the audience’s involuntary and undivided attention. Every advertiser’s dream.

While brand awareness and promotion are often reserved for the official sponsor of an event, ambush marketing piggybacks off such events without the explicit permission or rights from the event or sponsor.

An example of ambush marketing

When the 2017 horror film, ‘IT’ was released about a frightening clown who eats children, Burger King tapped into the film’s hype and created a genius ambush campaign.

At a premiere screening of the movie in Germany, a projector cut in before the credits rolled. The message read: ‘The moral is: Never trust a clown…..Burger King.’

The effect was clever and memorable, taking a dig at its rival’s mascot, Ronald McDonald.

The reaction of viewers drew much fanfare and of course was captured by cameras and broadcast widely.

According to law firm Maddocks, this type of strategy undermines official sponsors of the event and the value of their sponsorship.

It puts at risk the ability of such events to sell sponsorships and obtain funding.

Balancing the impact of such stunts is the challenge facing event organizers. And for the brand marketers, it is a careful balance of potential reward versus risk.

Any marketing team considering this strategy should take note of the possible fall-out.

The idea is to candidly engage consumers in the real world. Recording these candid moments can create marketing assets to use more widely than the original street marketing campaign.

Some examples of street marketing

Candy bar Kit Kat is known for reminding people to ‘take a break, have a Kit Kat.’

To promote the Android operating system KitKat, Google and Hershey’s (Kit Kat’s parent company) created moments for people ‘to have a [physical] break’ on a bench in various public spaces.

The appeal was for a seated guest to win a Nexus 7 if they were taking a break at a specific, pre-determined time.

The bench set-ups, the participation of locals, and the inevitable Nexus wins were all captured on video.

The campaign turned out to be a huge success. An unanticipated element that came to the fore was community participation and kindness.

People who didn’t participate became champions of others offering motivation, company, and refreshments to the seated ‘break taker’ as they counted down to their prize.

Another example of cost-effective street marketing is from NGO Raising the Roof which used public spaces to deliver a poignant message on youth homelessness.

It set up posters around the city citing ‘If this poster were a homeless youth, most people wouldn’t bother to look down.’

Its posters were confronting, effective, and helped to reshape public education and engagement around homelessness.

Strategically placed in locations where homeless people were expected to be, the posters were a driver in prompting people to pause, reflect, and think differently.

Street marketing can be incredibly effective at making statements and driving awareness in unconventional ways.

It’s important to choose the best location for street marketing and consider external factors which may affect the campaign like the environment, noise, and potential theft.

Given street marketing relies on the use of public spaces, any outdoor campaigns will need to ensure they seek appropriate approvals and permits.

This marketing strategy is labeled stealth because it is subtle and unassuming unlike more direct forms of marketing.

In some instances, customers barely notice that they are being marketed to. It slips in under the radar, attempting to signal brand awareness to consumers’ subconscious.

There are many types of stealth marketing, with the most common being product placement.

An example of stealth marketing

Eggo’s waffles featured as a favorite snack of the character Eleven in Netflix’s Stranger Things.

She loved it enough that after being banned from the breakfast treat, she went on a shoplifting spree and busted out of the grocery store brimming with Eggo’s boxes.

The series ended up leading to a revival of customer interest in Eggo’s with social media alight with Eggo’s mentions as well as a spike in revenue.

While products and services may be present and visible, the goal of stealth marketing is not to generate immediate revenue or sales but rather to create awareness and interest around a brand and its products.

This strategy may lead to consumers being more receptive to the brand or service in the future, given their earlier exposure and familiarity.

Astroturfing is among the most controversial guerrilla marketing strategies.

It carries a higher risk for the company marketing the product or service.  For this reason, some industries like banking or law are less likely to dabble in this strategy.

Derived from the synthetic grass, astroturf, the concept refers to endorsements, testimonials, and recommendations that appear to be genuine and authentic, yet are planted and paid for.

Astroturfing involves engineering faux hype around a product or company through a review or discussion.

It conceals the promoters or organization to make it appear as though it originates from and is supported by grassroots participants.

It intends to generate a level of credibility in an organization by withholding information about the source’s financial connection.

Some examples of astroturfing

When McDonald’s in Japan launched its Quarter Pounder in Osaka (2008) it set a new record for daily sales, with 15,000 customers visiting the store that day.

Around 500 people were in the queue for an hour prior to the store opening. One customer justified the wait by declaring, ‘It’s got a thick pattie, it’s a great burger. It was worth the wait.’

However, it was later revealed that 1,000 of those customers on the day had been paid to line up and were compensated with a meal upon entry.

A less obvious example, but one in which the source was also purposely concealed is Nando’s involvement in a missing mango.

In 2014, one of Australia’s big things, the Big Mango in Bowen went missing from the local tourist center. The center protested its innocence and acknowledged it was kept in the dark about the mango’s whereabouts and issued a plea for its imminent return.

The missing mango made national and international headlines. Although the local public and media were quick to suspect it was an elaborate hoax.

After an investigation, the local media found that a police report had not been filed for the walkabout mango. And a press release came to light which included the contact details from a public relations agency.

Fast food outlet Nando’s soon claimed responsibility for the stun,t acknowledging all would be revealed and the big mango would be returned safely.

Eventually, it was unveiled the stunt was to plug Nando’s newest menu item featuring mango and lime dressing.

While the stunt put Bowen on the map and the town gained widespread notoriety, it’s unclear if Nando’s benefited similarly.

This is the opposite of a grassroots campaign which is reliant on a collective movement that is genuine and authentic.

Because of the engineered element, customers can often feel duped by a company, therefore eroding any reputational credits the company may have built through ongoing loyalty and brand management.

Guerrilla marketing is a calculated gamble 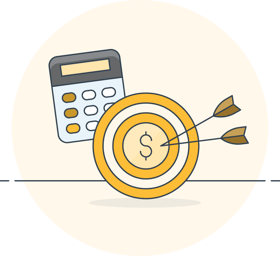 There’s often an air of mystery to guerrilla marketing campaigns. And while this sense of intrigue can boost a campaign’s appeal, the lack of clarity can also lead the campaign to be misunderstood or fall flat.

Successful guerrilla marketing campaigns are built around a mix of executing the right location/s and understanding its audience while being daring and inventive.

When executed well, guerrilla marketing campaigns can be incredibly powerful and low cost.

However they are not without risk or failure, and any guerrilla marketing campaign will need to carefully consider the consequences of its triumph or potential blunder.

We don’t want to toot our own horn, but there are some pretty cluey people at Sendle. Our team is made up of experts in sustainability, product development, sales, ...
Read more
Sustainability | 8 min read