Compostable vs biodegradable: What’s the difference?

The difference between two very similar ideas can mean a great deal. This is the case with the ideas of biodegradability and compostability. How they differ is a thing of significance to our environment.

More and more, companies are trying to emphasize sustainability with their choices, from the packaging they use to their efforts to offset their carbon footprint.


What does ‘biodegradable’ mean? 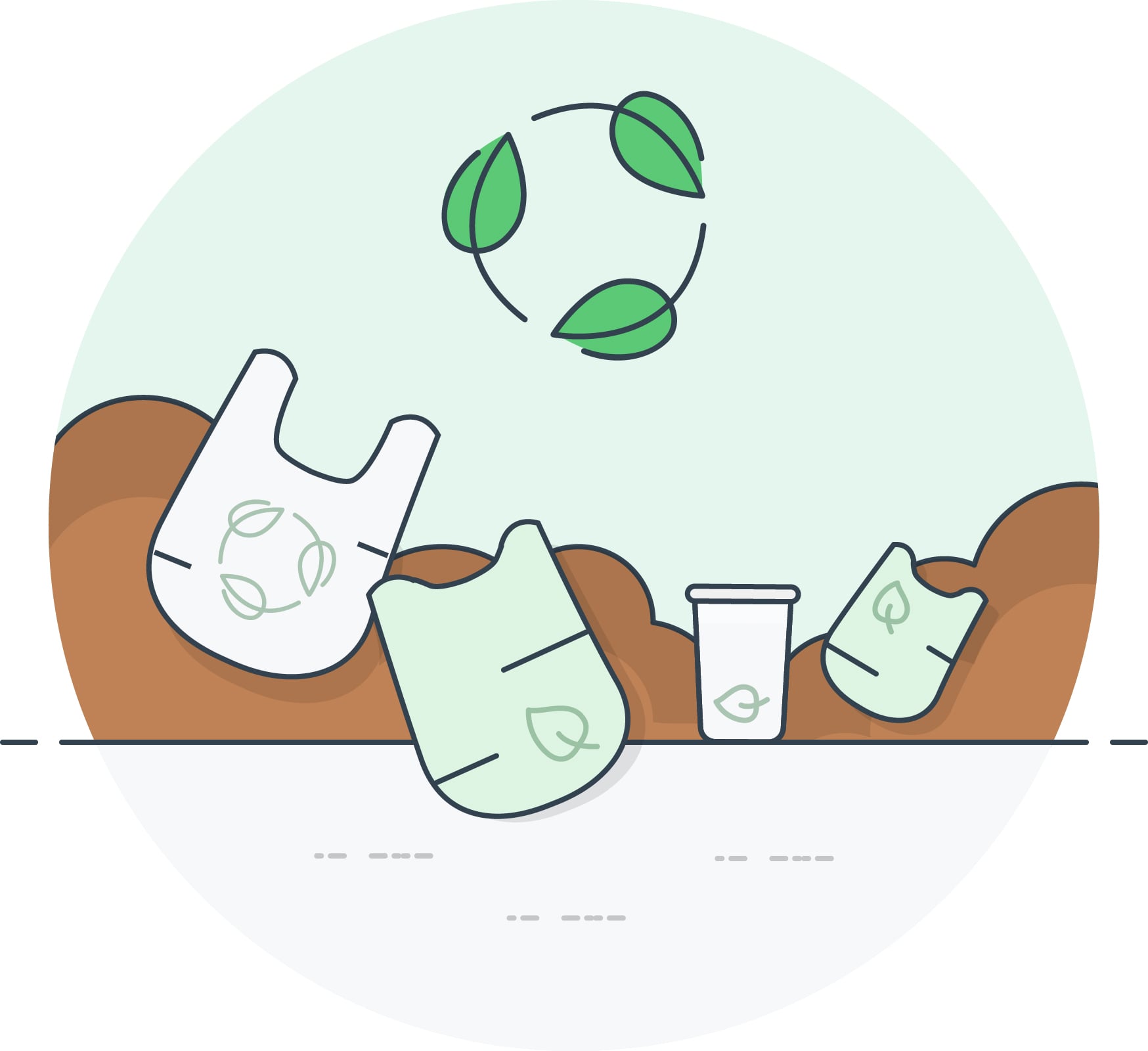 Biodegradability is the quality of a material to decompose fully, returning all parts back to nature. Which is good!

By virtue of enzymes, fungi, and bacteria working tirelessly to consume and excrete, things degrade into their component parts. The time in which biodegradable items must break down into material indistinguishable from soil varies.

If adhering to ASTM standards, biodegradable materials should majority break down in both aerobic and anaerobic environments within a time frame of 180 days or less.

Ideally, any materials advertised as biodegradable follow these regulations.

What’s the difference between the compost heap and the landfill?


What makes something compostable? 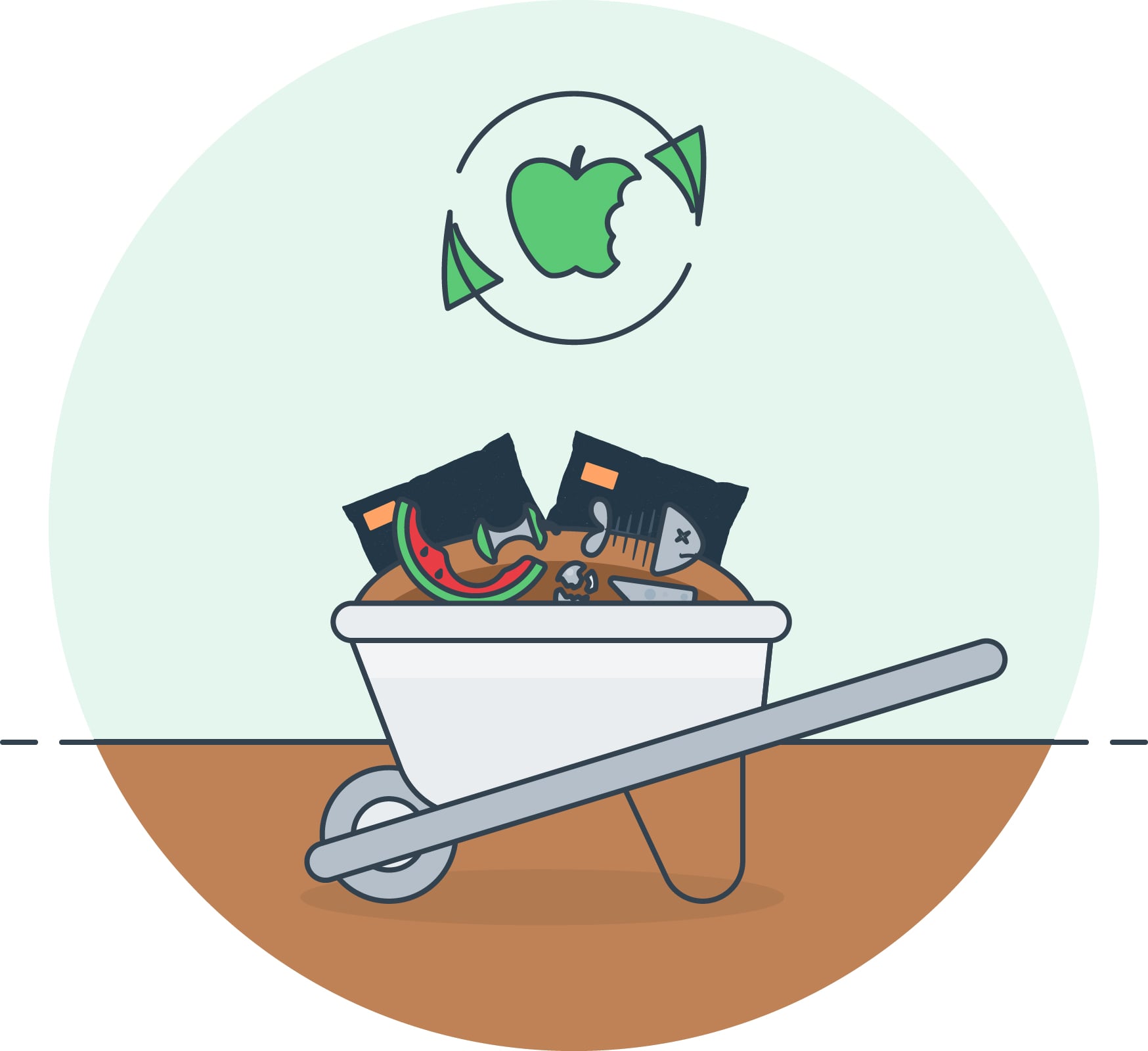 Most essentially, compostable materials are those which actually contribute to the fertilization of soil.

The most obviously compostable things are those which we see decaying away all around us ceaselessly—twigs, leaves, nuts, and all the other fallen bits of nature that find their way on the ground.

Then you’ve got all the discarded remnants from cooking—the peels, ends, and shells. If it came from the ground, you can bet it’ll compost (no, litter doesn’t count).

There is a further distinction between home compost and commercial compost, which we won’t dig into here too deeply. But, in short, your home compost is unlikely to love your discarded meat and dairy whereas many commercial programs will do just fine with that stuff.

Through aerobic fermentation, your leftovers and scraps can be converted to fertile soil (either through the simple home process behind your house or via the industrial composters in some cities).

The products advertised as compostable (plates, cups, cutlery, etc.) are created with plant-based materials. Made of the stuff that decays in nature, these compostable products easily break down in either your backyard compost or the industrial composting facility (it should tell you which).


The major difference between compostable and biodegradable material 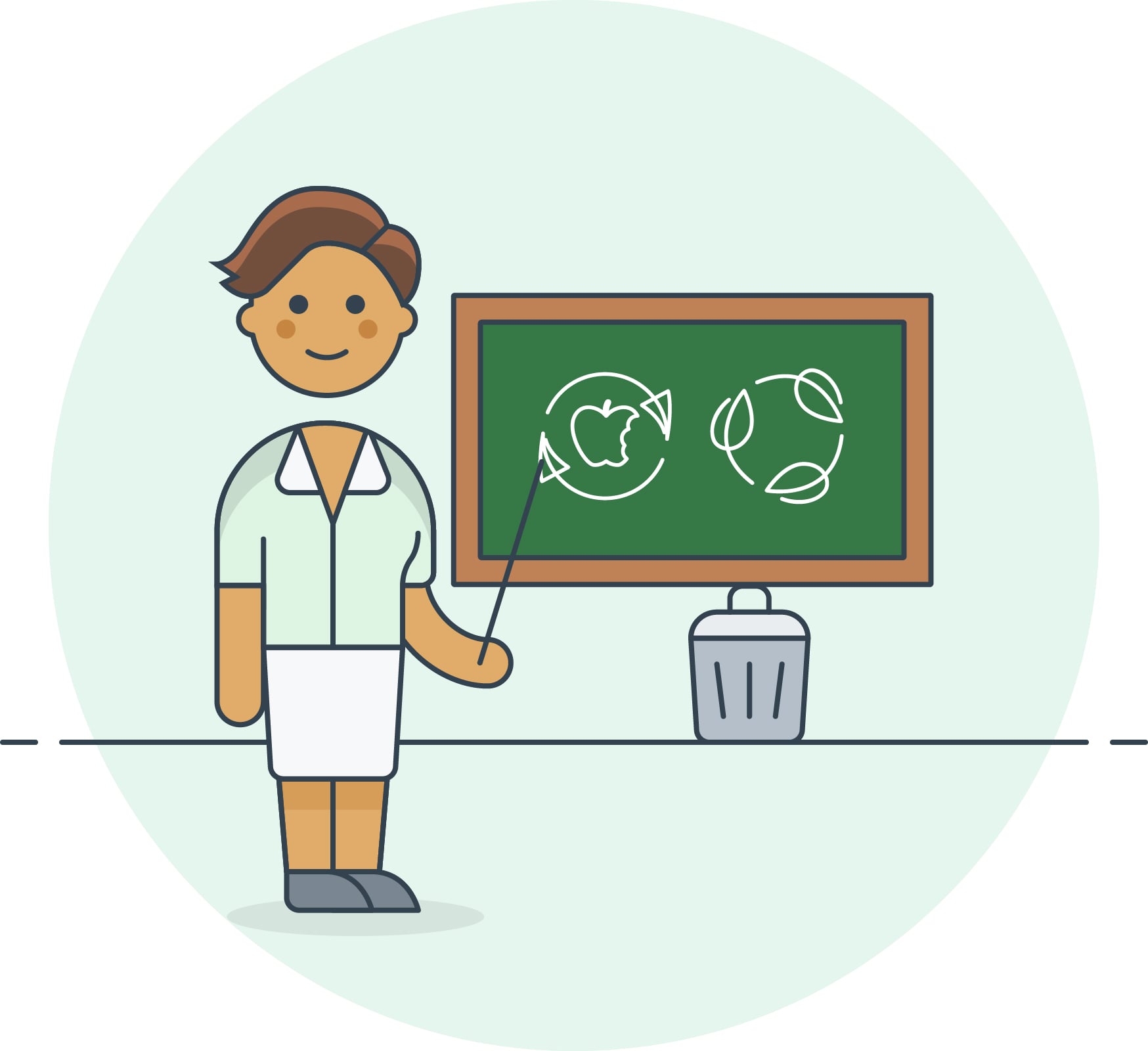 Let’s start with what they have in common—eventually, both compostable and biodegradable materials go back to nature, becoming their constituent parts.

This is great. Let’s leave nothing behind.

Now, the difference between to two is their footprint and what becomes of them during their decay.

Compostable material is composed of organic material that breaks down in a short amount of time and serves to create nutrient-rich soil. During its aerobic decay, the greenhouse gas that is released is the same as that of any natural thing breaking down.

Biodegradable material isn’t one simply defined category when you get down to the nitty-gritty. Broadly, all of it will break down to what it is made from, most of it hopefully doing so within 180 days.

It could take a few months, a few years, or even longer depending on the environment for the entirety of the material to decompose.

While it’s good that they are leaving nothing behind, during their decay they are just putting off more greenhouse gases (most potently, methane). This creates a larger overall GHG footprint, which is no fun for anyone.


What does it all mean?

It means that it can be hard to be a conscientious consumer, but it is worth it. Read your labels, choose better products, create less waste (and greenhouse gases).

Companies are getting better at this (luckily), increasing the availability of these great products that won’t be perpetually hanging out in our landfills. And, as consumers, we can all push them to do more.

Now that the season of gift giving is well and truly over, you might find yourself with some things that aren’t quite you. The good news? There’s a planet-friendly way you ...
Read more
Sustainability | 3 min read