The landfill vs the compost heap: the details on decomposition

At a basic level, we all understand the difference between the compost heap and the garbage dump.

One is that pile of veggie scraps and shredded paper in your mom’s backyard, moldering away and eventually turning into thick dark soil stuff that she eventually spreads all around her thriving salsa garden. The other is a putrid mound city just outside of town where massive steel machines nudge small stinky trash heaps into larger stinkier trash heaps.

But, as you zoom more deeply into each—all the way down to the microscopic creatures—the differences are starker.

Simply, composting is the process by which organic matter decomposes into compost. That compost can then be used as a plant fertilizer, a soil additive, for erosion control, and ironically, as landfill cover.

There are a variety of methods for composting—from the use of worms, fly larvae, or bacteria to large industrial systems that control for the very particular airflow and temperature. All methods depend on aerobic decomposition, facilitated by either a bunch of little critters or an intentional industrial system.

Microorganisms are given the perfect conditions to thrive and break down the waste into carbon dioxide, ammonium, and heat, among other things. The resulting humus-like material is full of nutrients and has a number of beneficial applications.

This process can be as simple as a pile in your backyard, flipped occasionally via pitchfork. Or a writhing worm farm. Or fancy tumbling compost bin contraption. And that’s just for home compost. 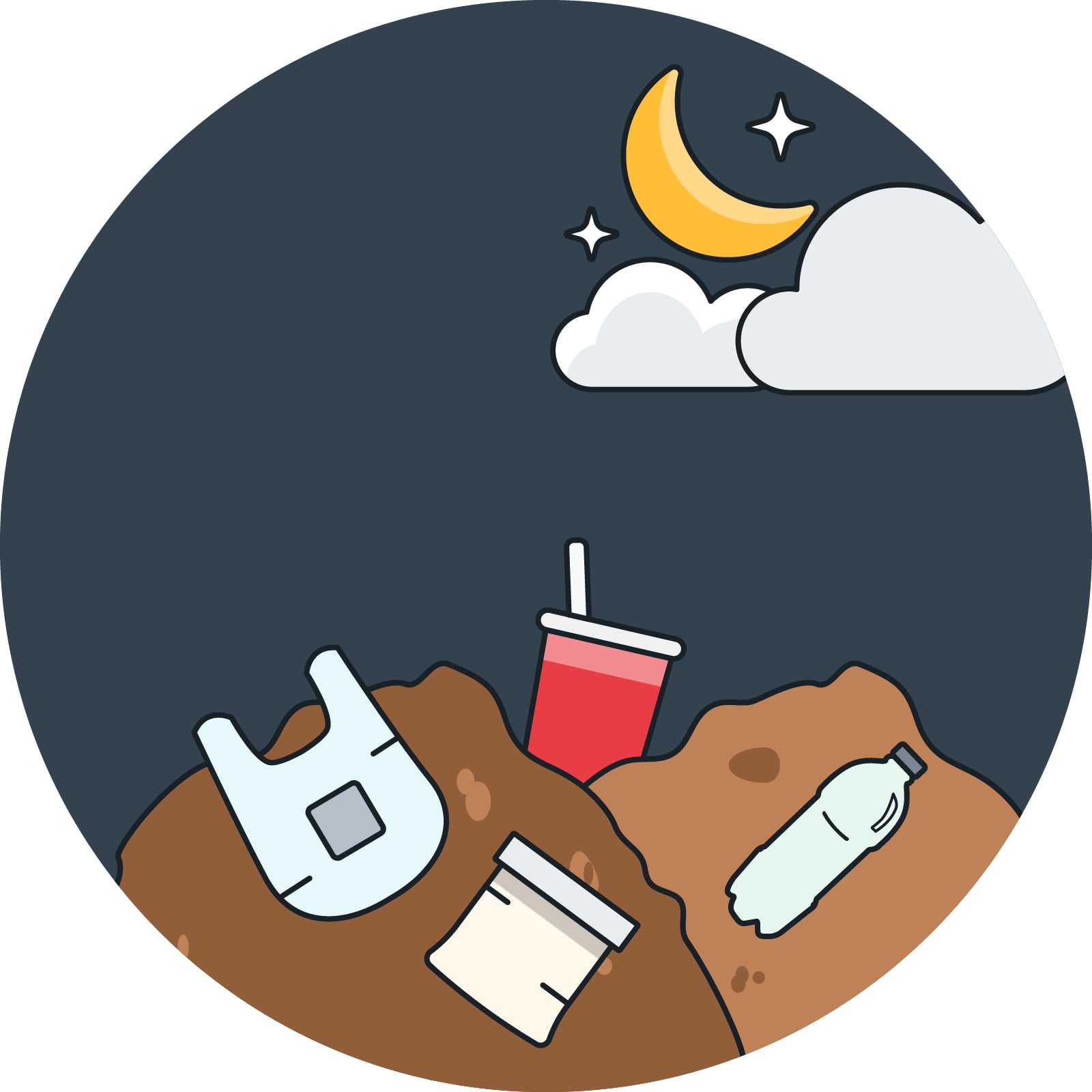 The most common way that we humans have dealt with things we no longer want, a landfill is a far-flung site where we toss and bury our garbage to break down over thousands of years.

Our propensity to create so much waste has necessitated compactors at landfills that make it all as small as possible before we throw dirt over it all and hope to forget it exists.

But, it remains. Landfills encourage the anaerobic decomposition of waste (over whatever timeline the waste can be expected to decompose), which releases a greater amount of the much more harmful greenhouse gas, methane, into the atmosphere.

CO2 is also released in this process. These greenhouse gas emissions contribute to the dangerous warming of our atmosphere.

Beyond the off-gassing of methane, landfills can also contaminate groundwater via the resulting terrible liquid (called leachate) from the rainwater trickling through garbage. Liners are required to ensure contamination does not occur. We all hope they don’t leak.

Modern landfills (also known as sanitary landfills) attempt to stem the negative effects of traditional waste disposal. Improvements include: locations that will have the least environmental impact, improved control of leachate leakage, installation of gas collection and destruction systems, and the ability to reuse the land once finished.


Battle of the greenhouse gases: carbon dioxide vs methane 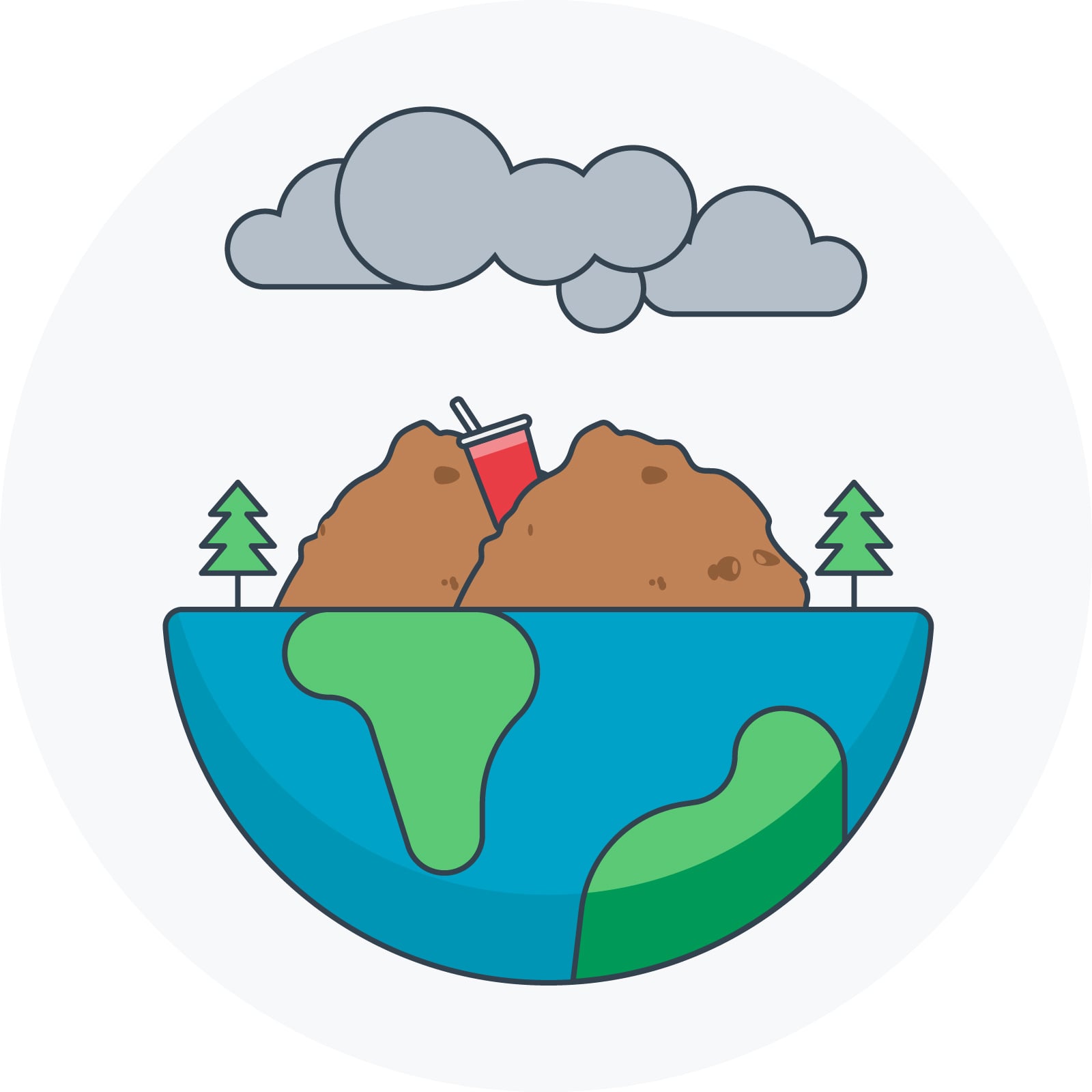 While both CO2 (carbon dioxide) and CH4 (methane) are greenhouse gases, their effect on the environment isn’t equal. It’s important that efforts are made to reduce the output of both gases, but understanding their individual effects can help us make better decisions for the environment.

Methane has a remarkable capacity for absorbing heat, which makes it much more damaging to the climate than carbon dioxide. Following its release into the atmosphere, it can stick around for a couple of decades (before transforming into CO2), during which time it is 86 times more potent than CO2.

Methane comes from a variety of sources, most notably from livestock and the production of fossil fuels. Smaller pieces of the methane emissions pie include decomposition in landfills and the burning of biomass. 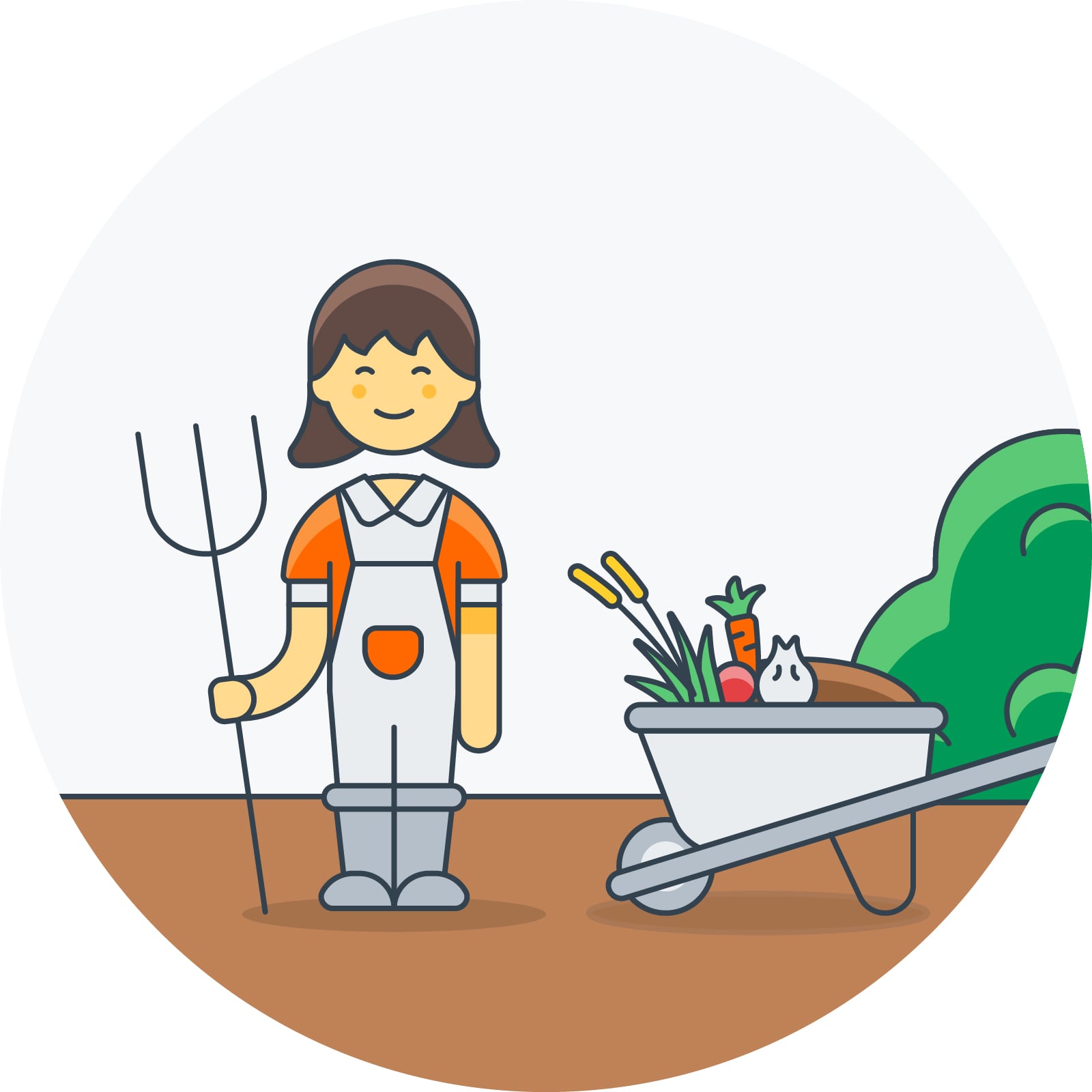 While the idea of no longer contributing to landfills is noble, it is also not entirely feasible. At least at this time. The development of compostable materials to replace straight-up garbage is tracing the outlines of a more sustainable future.

What we can do is limit the number of items we throw in the garbage and thus reduce the third-largest source of methane emissions. Using recyclables is great. Using compostables, even better. Where you can, choose reusable items.

As consumers, we should do what we can do to reduce our impact on the environment, from using less and composting more to making better purchasing decisions. As citizens, we should compel governments and corporations to do more to diminish the massive impact of the fossil fuel and animal agriculture industries on the environment.

Now that the season of gift giving is well and truly over, you might find yourself with some things that aren’t quite you. The good news? There’s a planet-friendly way you ...
Read more
Sustainability | 4 min read