It’s the Everest for parents around the globe. How do you get your child to eat healthily? When it comes to turning disgusted plate-frowns into chomping cherubs, every exasperated Mum and Dad worldwide is familiar with the battle.

So, for nutritionist and mum of two, Mandy Sacher, this was a gap in the global market she was determined to fill. It took years of clinical study, dedication and feedback to get there, but she’s now a successful author and authority on childhood nutrition for thousands of people across the globe. She’s also Sendle’s first international shipping client.

We spoke with Mandy to learn about her journey from nutritionist to the ever-expanding health empire of Wholesome Child, and how Sendle helps to deliver her message (literally). 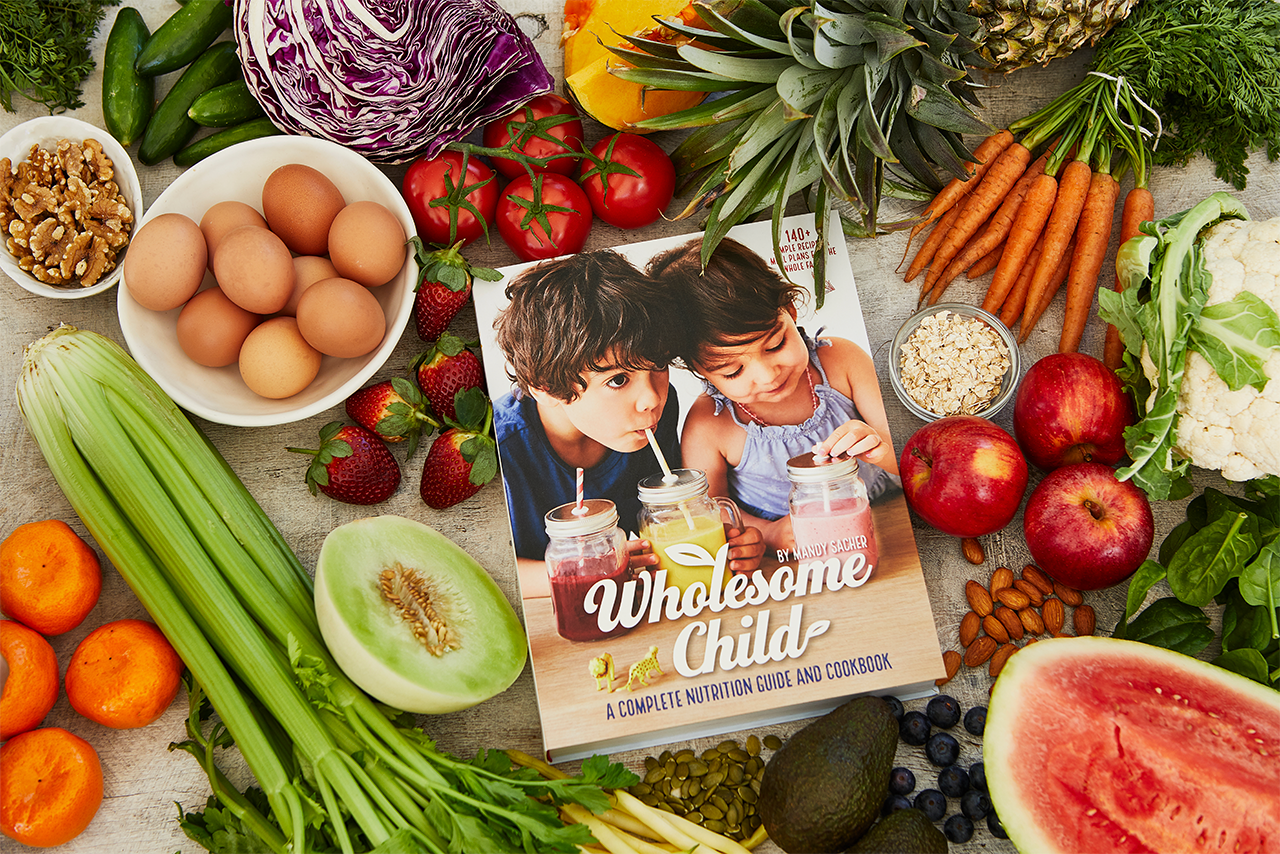 How did Wholesome Child get started?

I'm a paediatric nutritionist, so I've been in the health and wellbeing industry for 22 years. I came back from the UK to Australia in 2008, got married and had my first child.

I'd go to mothers' groups and there was a lot of confusion [about what was healthy]. I realised the journey to junk food started with the first squeezy yoghurt. No one was providing real, balanced information for parents. That's when Wholesome Child was founded about six years ago.

It's the other way around. Children's taste buds are beautiful. They're so sensitive, they pick up so many flavours. You don't need a lot. Especially babies ‒ their tastebuds are far more sensitive than adults. If the first yoghurt they have is full of sugar, there's no opportunity to taste anything other than sweet.

Is that the main obstacle - that so many sugary snacks are disguised as something healthier?

Sugar's a problem. Salt's a problem. Processed foods in general as the main staple in a child’s diet is problematic. What we need is, wherever possible, to cook from scratch. But we also need products for busy parents which are genuinely healthy for their children, and promoting healthy behaviours.

There's a lot of parent shaming and parent guilt. You've got time-poor mums and dads, a lot of them are first-time parents, they're picking up products off the shelf that say "perfect for babies of four months, full of probiotics and wholegrain". They're marketed as being really healthy, but often they’re not. Parents don't want to play food detective.

When I had my first son, I realised there was a plethora of information out there about sleep. There were all these sleep books. But there was no one-stop resource when it came to children's nutrition. That's where I saw the gap in the market. I wanted to provide a trusted, reliable resource with balanced information for families.

How did you go about getting the business idea up and running?

It really started organically with people approaching me, wanting advice, wanting to know how to feed their children. I did some special courses in childhood nutrition and an SOS feeding course which focused on fussy eating. A friend of mine actually said "why don't you do a back-to-school workshop, showing parents what to put in their kids' lunchboxes?" I was offering practical, easy-to-follow, non-judgemental advice which resonated with parents.

We started the Wholesome Child website. I posted blogs and recipes. We saw a huge increase in the amount of interest. But I wasn’t going to get very far with just private consultations. I wanted to reach a larger audience. Plus, my background is in journalism so I wrote for a few newspapers and research papers.

I wanted to create this book. If I went to a publisher, being a nobody, I would've got a very small advance if I was lucky. I wouldn't have owned the IP for my book, so I decided to self-publish.

Self-publishing in Australia isn't cheap, which is why so few people do it. So I had the crazy idea to run a Kickstarter campaign.

And you got enough traction on Kickstarter?

Well, the funny thing about the campaign ‒ a week into it, I realised that most of my audience didn't even know what Kickstarter was. Kickstarter tends to be mostly 20-30 year old tech-savvy males. Now I have these mothers going, "What the hell is crowdfunding? Is it a charity?" So it was all about educating my audience.

I really got that feeling of being a female entrepreneur ‒ taking my small dream, working from home, asking my audience to get behind me. And they did. We raised $45,000. I had 400 books pre-ordered, then I spent the next six months working literally 18 hours a day. 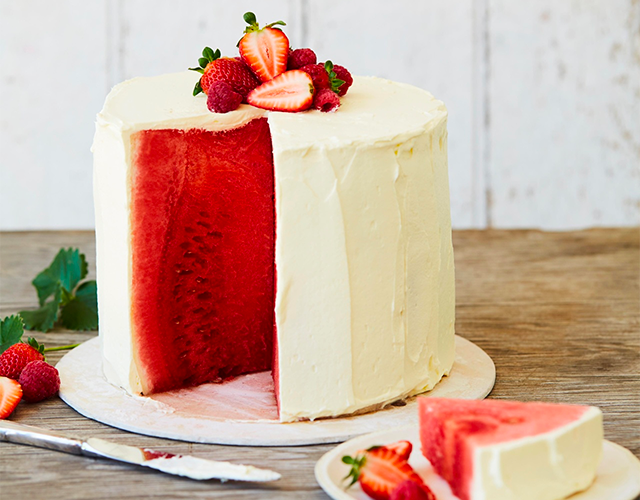 I really wanted to deliver a superior product. Being a Type A personality and a perfectionist, I didn't want to disappoint the people who had invested in me and really believed in me. So what started as a 90-page book ended up being 296 pages. It's huge, filled with over 140 recipes. There’s an 8-step program. It's really, really in-depth.

When I was writing it I never knew what kind of response I'd receive. We then got introduced to Peribo which is a distributor in Australia. They said they rarely take on single-title self-publishers. But the director, Jane, saw my book and fell in love with it. It was an amazing response from the likes of Booktopia, Dymocks, and Berkelouw. I'm currently doing book signings at numerous stores across Sydney, and nationwide next year.

What are your biggest challenges?

Day-to-day running of the business. My husband and I manage all of it, so we don't have an army of staff. Trying to run things efficiently while freeing up time to work on new projects is tough. There's a lot of admin that you don't want to pay much attention to.

We've got a situation where our demand exceeds our supply. I suppose that's a good problem, but it's still a problem.

I didn't know anything about books. I had to learn everything about the industry in such a short time. You know, things like choosing the stock for the book, the typography. It was a huge undertaking.

I was a mum doing nutrition on the side. I've never managed a team of people. Suddenly I had a book, an editor, an art director, a food stylist, a photographer, PR, distributors, marketing. I've never grown so much as a person or as a business owner. But this is the world of a small startup. I had to wear 100 different hats a day.

Working in the startup world, you've got big dreams but don't often have the budget to implement them in the moment. You've got to be patient and keep on building to get to where you want to be.

What does Sendle bring to your business?

The benefits of Sendle have been incredible. Again, I'm a small business owner, had 400 preorders and I had no clue how I was going to service that. I had visions of having to go to the post office everyday with like 100 books and send them one at a time.

Sendle's been incredibly cost-effective. Their user interface is simple, intuitive and easy to use. I love their couriers. I have to say we have a courier that comes every morning ‒ he's always so friendly and reliable. Their customer support has been amazing. And every single one of our books has been delivered. We haven't had anyone phoning up and saying there's been a mistake.

That, for me, is amazing for a small startup. And it's definitely allowing us to grow and scale. We're about to do a Christmas promotion and I'm 100% confident that I'm going to have my books delivered on time. I don't have to lose any sleep over it.

What has been a barrier to sending overseas in the past?

So, how will Sendle International solve these problems and help you grow?

Thankfully we can now dispatch international orders as they come in, in the same manner we process national deliveries. It makes things much easier as we now have the same processes for all orders with one single dispatch account.

Your two takeaways from today.

PS. Check out our international service - it has launched!

Green Friday is on a mission to disrupt retail consumerism; an alternative to the bargain-seeking, mindless-consumerism of pre-Christmas shopping events like Black Friday and ...
Read more
Customer Stories | 7 min read