Recycling socks has turned into a terrific marketing opportunity for MANRAGS founders Michael and Tina.

Tina and Michael realised that as their sock and underwear business grew, so too did their contribution to landfill. So they built a recycling program, did a full audit of their plastic use, and their customers are loving it.


What does your business do, in a nutshell?

Michael: We manufacture and sell socks and underwear via a subscription model. We also recycle and repurpose old socks into new yarns.


How long have you been operating?

Tina: Since 2016, but we just launched our recycling program three weeks ago.


How and why did you start up MANRAGS? 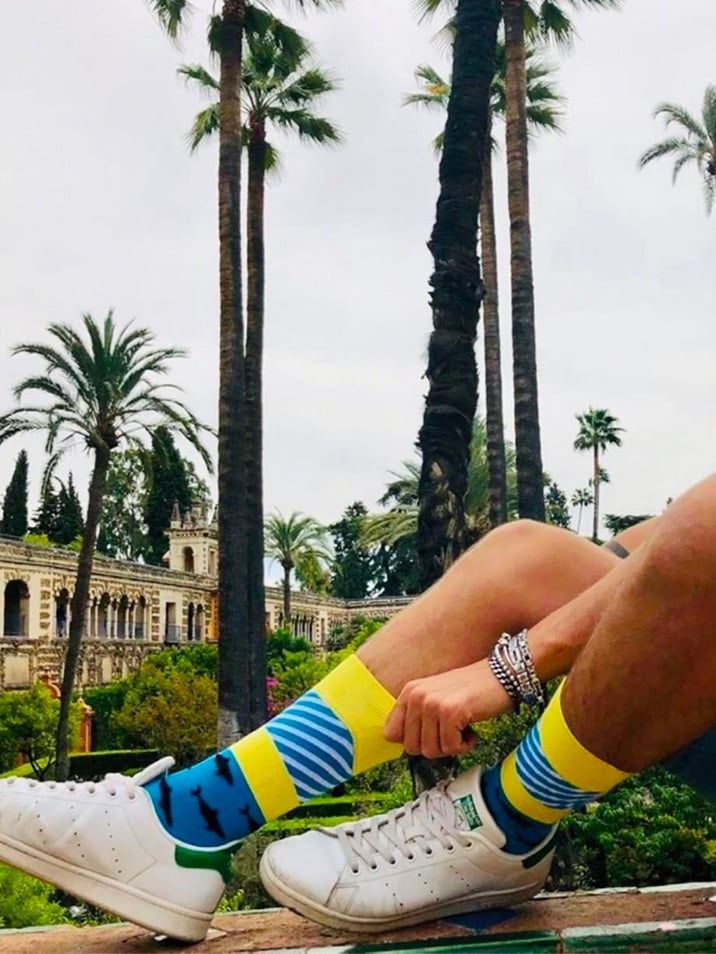 M: I spent 13 years working in corporate and was wearing funky socks to work.

T: I’d spent time working in fashion and had run some online stores.

M: The quality of the socks was pretty average so we figured we could do something better. I started traveling the world looking for a good manufacturer. Literally, I would leave on a Thursday night and come back on Monday and no one in my office knew I’d been around the world over the weekend.

T: We found an opportunity to work in Egypt, where the cotton is incredibly durable and soft, so we established our manufacturer there. Michael also speaks Arabic, which is helpful.

M: But our manufacturers don’t actually know that I speak Arabic. Not yet anyway...


Why a subscription model?

T: They also use socks to inject some personality into their looks, so having fresh new designs is really fun.


What prompted you to change your business to be more sustainable?

T: When we started, we had an eight-month-old son and that made us think about how our textile business would impact on his future. We grew really fast, which was great, but some customers were already putting a hold on their subscription because their sock drawers were full. We felt really responsible for how much we were contributing to landfill!

M: So we set up a way for people to return their old socks to us. We sort and recycle them into new yarns. It’s only just started, but there’s so much interest, from customers and from other companies. In the same way we reached out to Sendle because its carbon neutral values aligned with ours, we can see other companies feeling that way towards us.

T: We also noticed how much plastic we generated. So we took note of every little thing - like the plastic labels in socks and the clips that hold them together. All those things we’ve replaced with better alternatives.

M: We’ve been through four iterations of our packaging.


Have you found good business and sustainability go together?

M: Yes! Customers are aware of their environmental impact but they don’t know what to do about it.

T: It’s almost like we can reduce their guilt by giving them a way to dispose of things that would otherwise just go in the bin. You can’t donate socks and underwear in Australia, so we can help push those things into secondary markets in other countries or recycle them.


Have you found new customers from this shift? 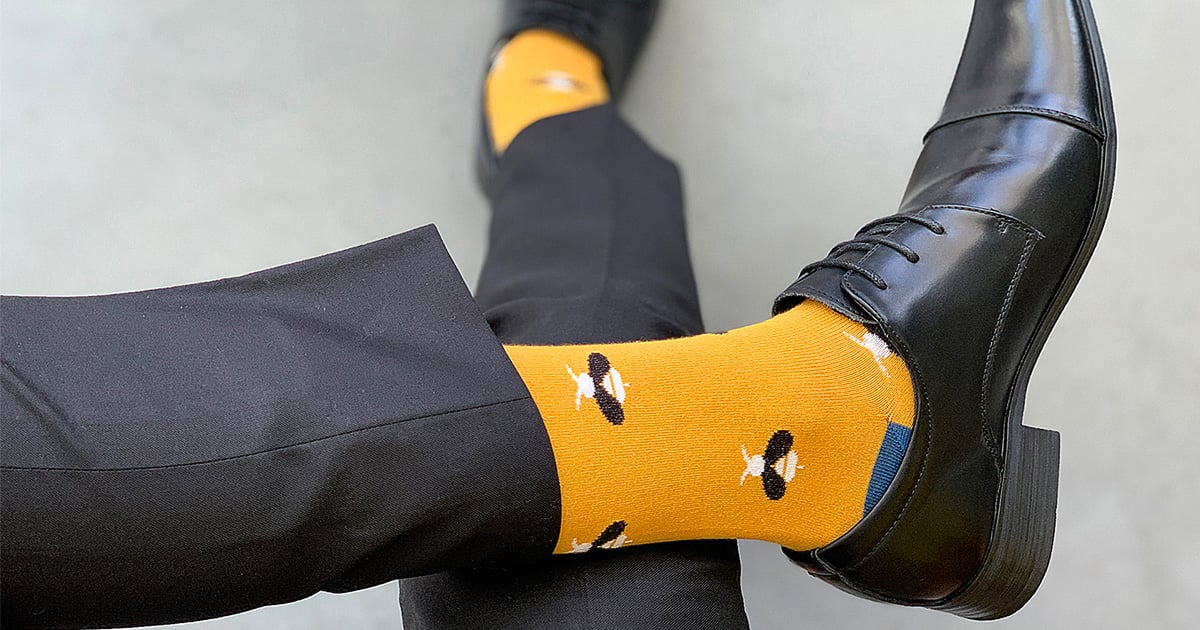 M: Yes, entirely new customers. We have a really strong community and good feedback loop, so we’re always listening to what they say.

T: It’s also about educating people. Sustainability is a complex idea, but it’s worth taking your customers on the journey with you.

M: Our customers already look to us for what’s cool in socks and underwear, now they look to us to explain how we’re evolving alongside the needs of the environment. We’ve tried to be super transparent on our website.

M: It is. We actually raised some money last year and about half a million dollars just came from our existing community. They were like, here’s some money! That’s incredibly heartening and validating.

T: We take real care to nurture our customer base so they stay with us. The first full time person we actually hired was a Community Engagement Manager.


You guys are married! How do you find working together? 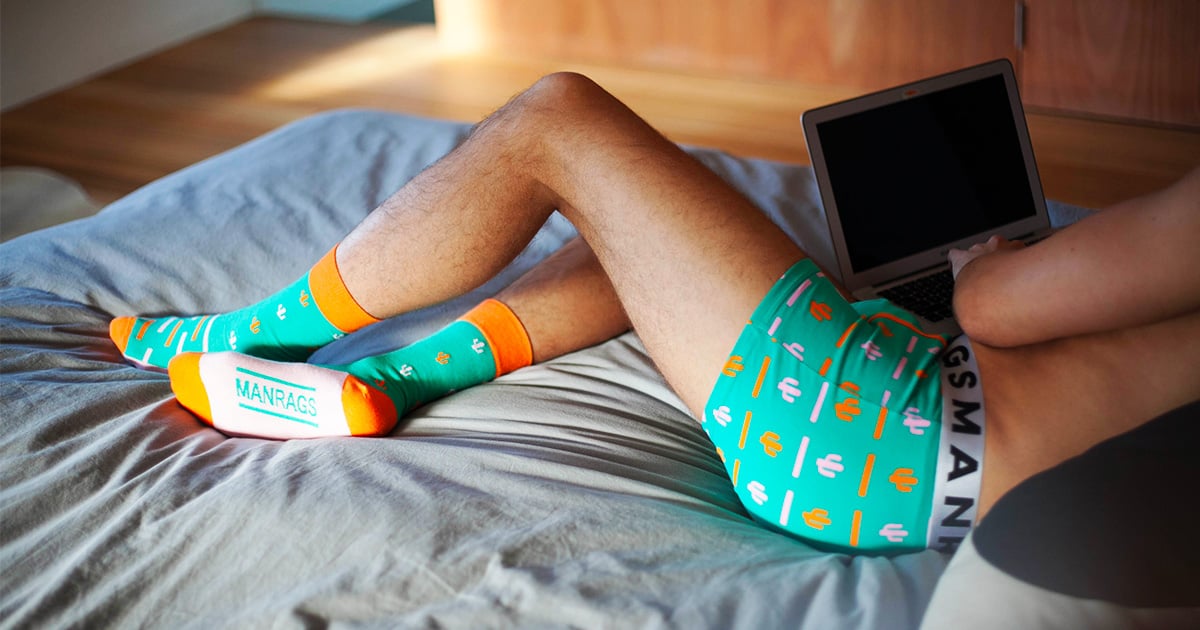 T: We get asked this all the time! We’ve been together since I was around 15, so we’ve grown and evolved together and our brains know how to work together.

T: Our children are also an inspiration for our business. Even in the designs! My son might pipe up and say we need hippos on our socks. He’s like a muse!

We reached out to Sendle because its carbon neutral values aligned with ours, and we can see other companies feeling that way towards us.