From clicks to bricks: Vege Threads' journey back to the basics

With everyone going from bricks to clicks, we found the woman bucking that trend, and doing it sustainably.

After four years selling online, Amy decided to open a brick-and-mortar store for her label Vege Threads. She explains why here. 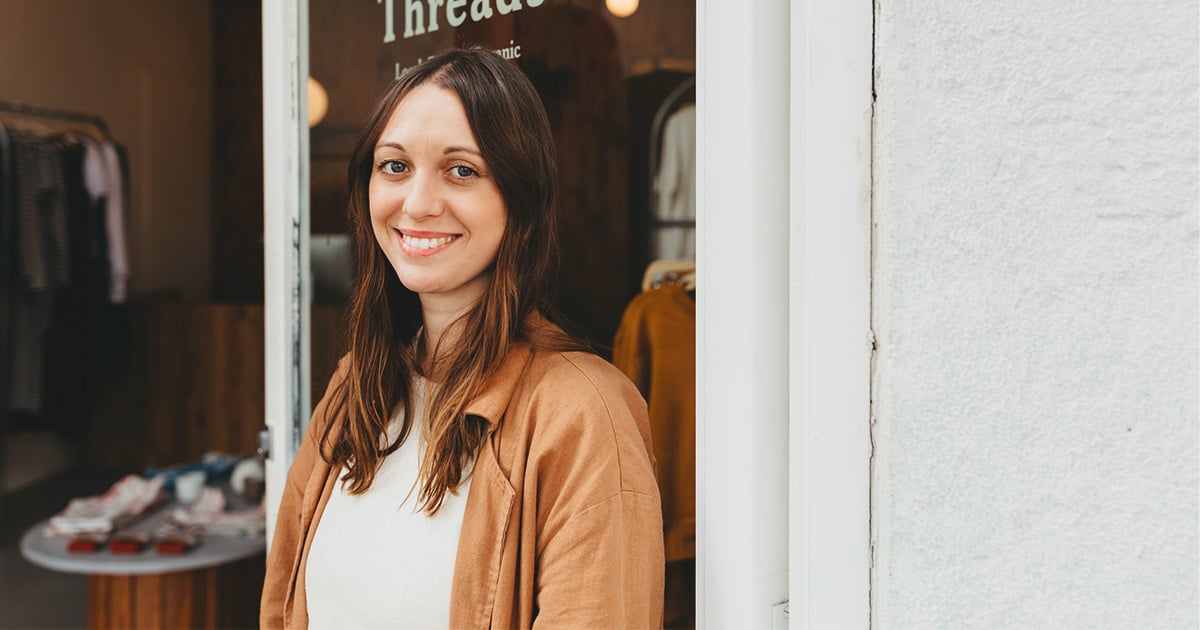 
What does your business do, in a nutshell?

We design and make sustainable clothing. Things like basics, yoga clothes, and swimwear.


How long have you been operating?

About seven years. We had an online shop for most of that time, mostly run out of Adelaide which is where I’m from, and then moved into this physical space about three years ago.


Why did you open a physical shop?

I know eCommerce is the thing, but we found people really wanted to try stuff on. Especially when we brought out swimwear. And rather than just sending stuff back and forth and doing returns and so on, it was kind of worth setting up a shop. 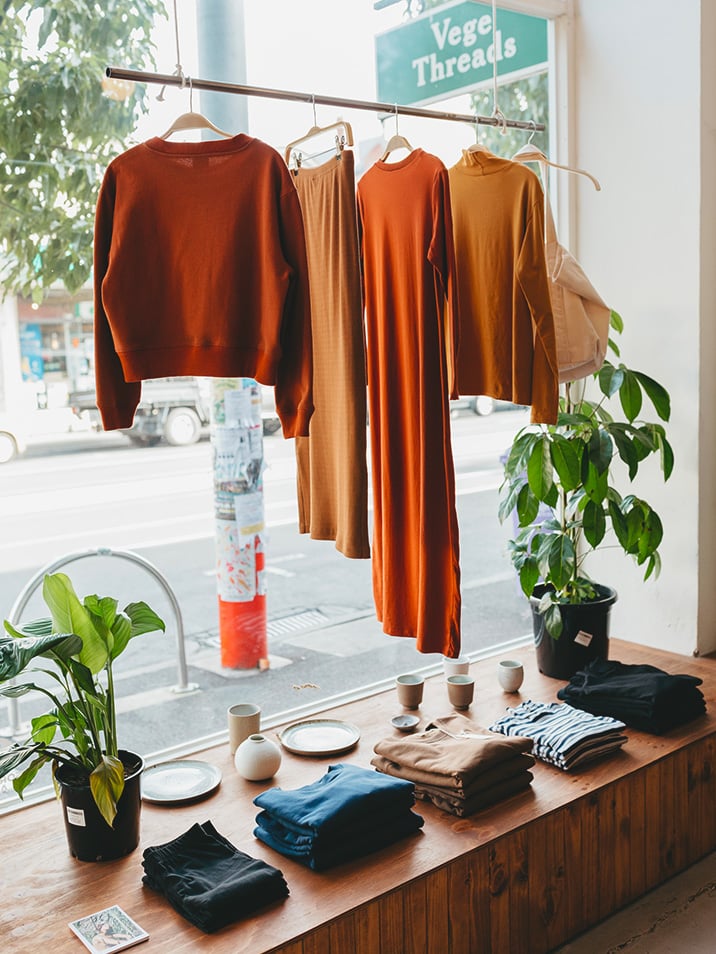 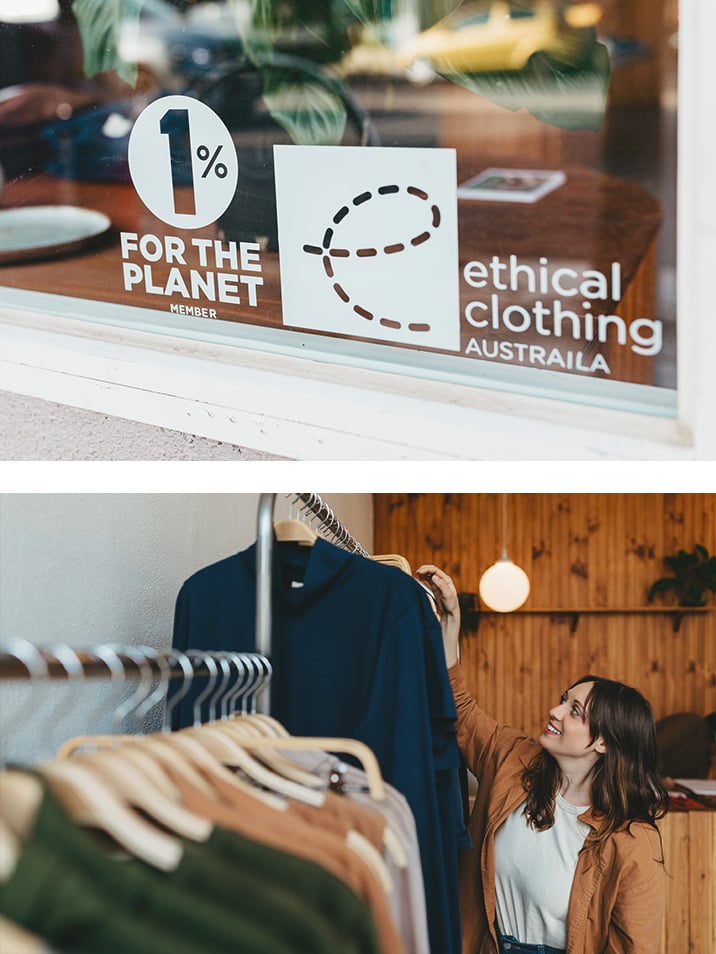 We also took a good look around our community and saw there was a lot of foot traffic. There are lots of cafes and stores around here, so people are always wandering around. We’ve found people like to pop into the shop, have a poke around, and sometimes they buy something from us online later.

It’s like our little shop has become a physical touchpoint for the brand. People like interacting with real things and I think it’s really helped us grow our sales.


Can you describe your customers?

Generally, they’re women over 25 and they’re pretty outdoorsy. They’re not really that fashionable and they don’t buy a lot of stuff.


What’s the process for making your clothes?

We design them here in the shop, upstairs. Or at my place outside of Melbourne. Then we get the pattern made up, and we go to the factory and they make a sample. 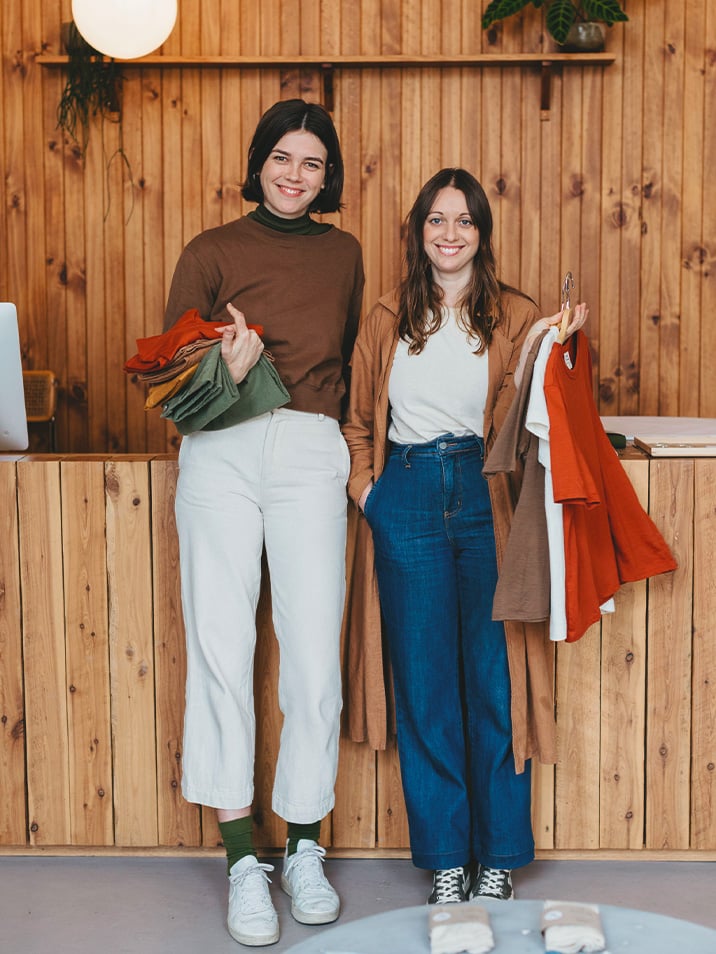 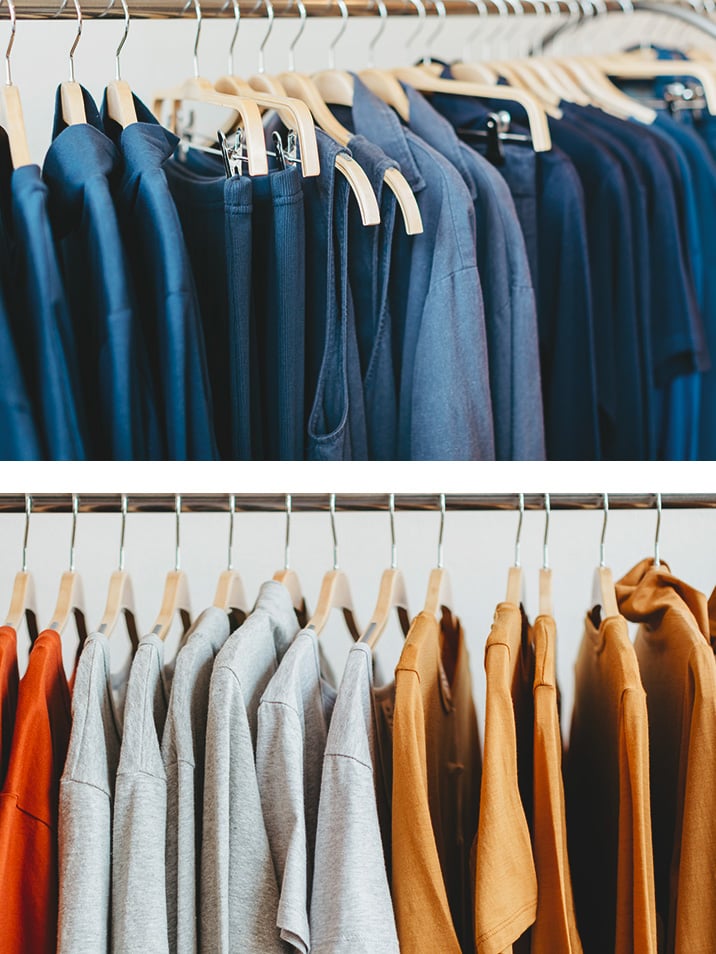 There are two mills around Melbourne that we use and there is a bulk organic knitting mill. The goal has always been to get the yarns and knit it here. But we’ve had to start importing hemp because no one knits that here.

Once we’ve got the samples done and tried out the various dyes, then we start a production run.


Do you pay yourself?

I’ve only just started paying myself. I’ve managed to live off the business for about three years but have only recently started making a bit of money myself.

The good thing about opening a physical store is it’s been a new income stream. And that’s allowed us to try and save, build a good nest egg and throw some of that into a new side brand for yoga clothes.

I’ve also decided to stop wholesaling, which is a bit risky. But dealing with all the middlemen and having to commit yourself into the seasons and the cycles is just ridiculous.


What are the little things you do to keep your label environmentally friendly?

We only use organic natural fabrics and the manufacturing process is as low impact as possible. The swimwear is all made from recycled nylon.

We reuse all the pricing tags. And we don’t really use any buttons anywhere. 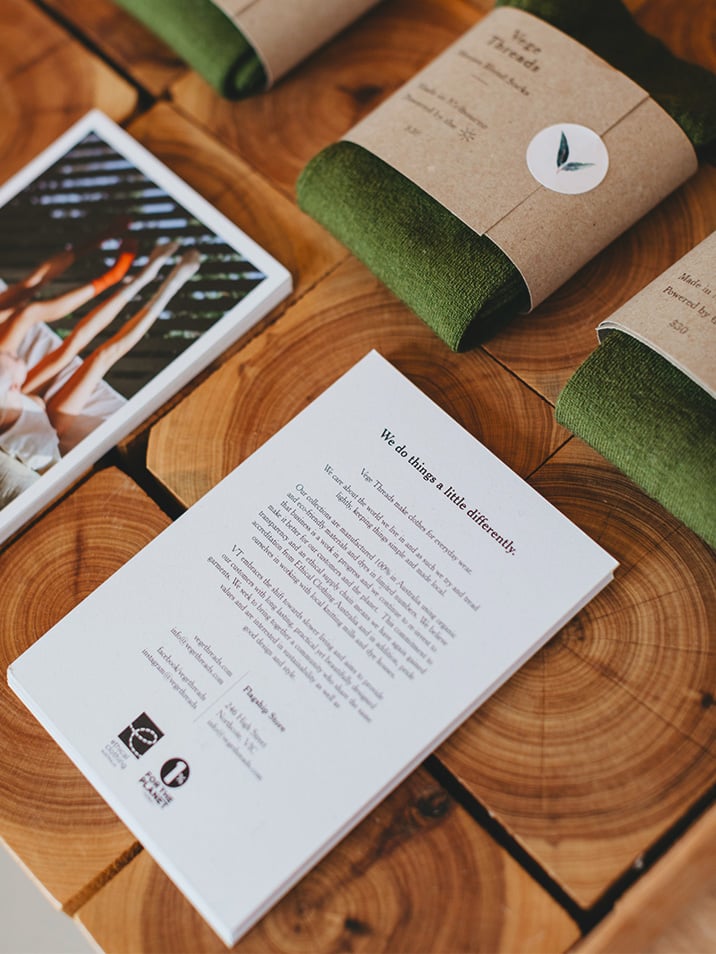 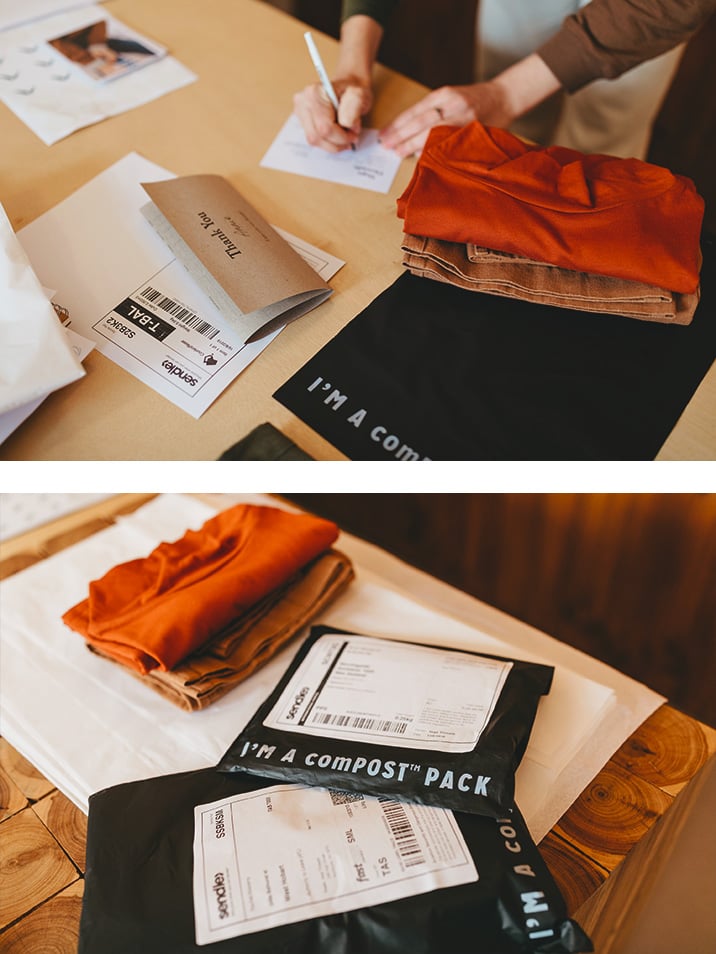 When we send parcels, we don’t stuff the package full of branding. We write a neat postcard and that’s about it.

And when people buy from the store, they generally have their own bags so we don’t usually offer one. It’s just a t-shirt or something, they can put that in their handbag!


What part of the business do you just wish would go away?

Dealing with wholesalers! Which is, fortunately, wrapping up this season.

I’m also not a huge fan of doing the numbers, but you just need to do it. I got a financial adviser early and they really guided me. It was pretty expensive and I really didn’t have the money at the time, but it’s been a great investment. Just to have those bookkeeping practices bedded down.


When did you first turn a profit? What did that feel like?

We’re profitable now and have been for a little while.

Money doesn’t really drive me though. I remember having a chat with my Dad about five years ago. I’d just realised that after my first run of production I’d have like $0.

And Dad was like, yeah, it'll be like that for a bit. That was a pretty sobering feeling.

So I worked in a bakery part-time and was scrubbing ovens and that bridged me into getting some money, but over time I weaned off the part-time work. Sometimes I would have odd-jobs and that small cash injection would go straight into the business.


Do you hope to expand the business or are you happy just rolling along?

I’m thinking about a succession plan. I’m training our store manager to come in as a partner so I can step away a bit. I’d like to be both the founder and have some kids. I need a bit more time for that! 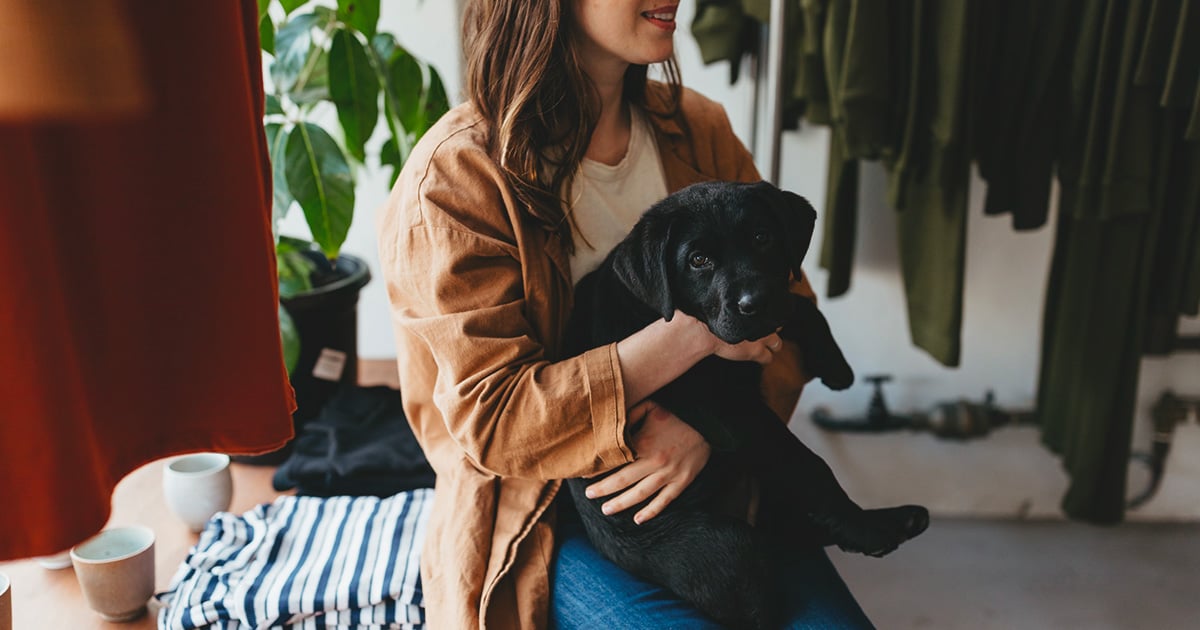 I like where we’re at now, but I can see we could grow a bit more, particularly in the online part. Maybe we’ll open another store.

I’d really like to streamline what we’re doing and not have as many styles. Keeping it simple and transparent has worked well so far, so I’ll just keep doing that!